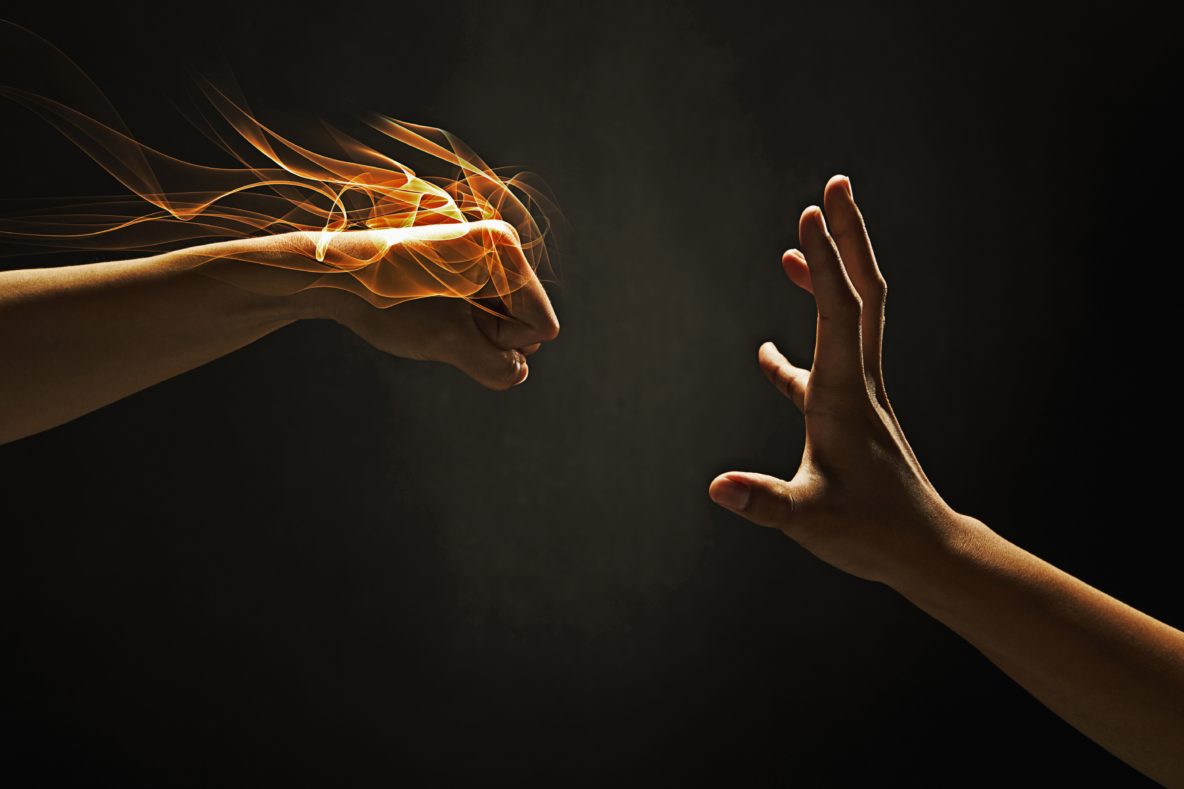 The Trump presidency is causing unprecedented chaos in our nation’s Capital and around the country, but this level of disruption is nothing new for business leaders. The dizzying back and forth and “alternative facts” that dominate cable news today have their counterparts in corporate America, where executives and HR leaders never seem to know what is going to come out of someone’s mouth and are always cleaning up after a shit storm.

Similarly, Trump says all sorts of things he shouldn’t, spouting contradictions that his aides and White House representatives are responsible for cleaning up. And each time he does this, he’s setting off internal triggers in other people. Whether we choose to tweet our frustrations or use them as fuel for back room gossip, every single one of us has triggers that get us off track. You can’t deny it. But how do we get back to focusing on our original intentions, those goals and ideas that will drive the company forward?

I recently came across an article online listing ways companies could improve employee engagement. Topping the list were suggestions such as gamification of tasks and a software solution to engage the workforce. I ask you, how in the heck does a software solution energize anyone? Engagement begins with conversations, two-way exchanges with people first and foremost. Bring the conversations that are online and impersonal, offline and in person.

Soliciting employee feedback via software is not culture management. (Tweet this)

Software and other similar tactics are not leadership models. They are feel-good solutions that may satisfy a to-do list to prove that you tried to engage your employees, but they don’t galvanize employees, who are a huge determining factor in whether your company succeeds or fails. You are seeking engagement and inclusion, and that requires talking, listening, and action. It requires focused, intentional action from the entire leadership team, not just HR. HR isn’t a function, it’s about people. And people are everyone’s responsibility, from ownership to leadership to individual team members.

I am suggesting disruption in a calm, engaging manner versus stirring everything up with no real solutions, actions, or buy-in from everyone on the team. Disruption starts with understanding the true power of effective messaging, combined with an effective leadership model. Stick with me on this, because it’s a powerful concept. It’s so powerful, in fact, that even horrible leaders can advance ideas forward successfully when they use them. Let me prove it to you.

After decades spent working with corporations and helping them turn chaos into company culture, I see patterns. Disruption is great because it forces us to pursue innovation and new ways of doing things. But disruption is also tough because it is hard to handle. The same I.M.P.A.C.T. Leadership Model I use for corporations dealing with internal turbulence is the same model I would use to help the President corral his cabinet.

Intent & Inclusion – Great ideas start with one person, but one person can’t accomplish everything alone. Companies and countries are made up of people, and they are either working with you or against you. Trump has ignited his supporters and detractors alike in ways that he never could have foreseen. The idea for the Women’s March began with just one person and grew to include millions of people around the planet. He had a choice to either focus on the intentions of the country as a whole and include everyone, or go his own way. He chose to go his own way, and that decision will cost him.

Measurement – Don’t light a fire without a plan or you will get burned. Trump often talks in highly subjective terms, saying something will be “Tremendous” or “The best ever.” Without valid data, you don’t have a leg to stand on. While you can say whatever you want, if you want people to take you seriously you have to know what you are tracking and track it. Without data you will be reacting and putting out fires, not fully in control and proactively setting a course.

Process & Performance – Standard operating procedures and checklists are what allow you to control the burn, rather than letting it control you. Have a process in place to get things done and to gauge your performance.

Accountability – Delegate tasks to the appropriate people and then hold them accountable. There must be consequences for inaction. I would love to travel to Washington, D.C., and perform the Predictive Index®, a behavior-based assessment tool, on everyone in the Trump administration. With just a few quick questions I could figure out what drives each of them and motivates them to want to do their best. Motivations drive behaviors, and when you have a grasp on one, you can influence the other.

Collaboration – The relationships you have with others help you obtain your goals. Whether you are the President of the United States or a cubicle jockey, you need to have alliances. For maximum results, everyone needs to collaborate with everyone else within the organization.

Tactics – Cut the crap and quit dancing around the mulberry bush. Tactics like games and software don’t draw quality people or retain top talent. America was disengaged, and when Trump came along he ignited a spark and lit people up. He got people talking. He engaged us, whether we were for or against him and his policies. He got people fired up by talking about the issues. He seized the moment. That is what leaders do.

When your workforce is disengaged, they are fried, tired, and frustrated. They all have seats on the bandwagon where everyone is bitching and moaning. You need someone from the outside to help.

You can have disruption without burning down the whole company. (Tweet this)

While Trump fired everyone up and got people engaged, his biggest problem is that he doesn’t stop and listen to what people on both sides have to say. He shoots off his line of thought, and then he’s done.

Relationships are the key to having disruption that works for your company, not against it. (Tweet this)

When citizens or employees spend so much time, effort, and energy complaining about new leadership and fighting among themselves, nothing gets done. Imagine what would happen if your company’s employees had the same level of fiery engagement for the goals of the business that they do for railing against them. What if they rallied together instead of fought each other?

Whether you support Trump or not, he got back to basics. He showed up, looked folks in the eye and had an actual conversation with them. He talked about what bothered him, which was also what bothered the people who supported him. It is such a basic human thing to look at people and talk directly to them, yet so many corporate executives do the exact opposite.

Do you think Trump would have had anywhere near the support he did if he had solicited feedback via online software?

Executives need to draw their people out and get back to the basics of human interaction. Trump has such a loyal support base in part because he acted like he listened to what people had to say and then did what he said he would do, whether millions of Americans on the other side agreed with him or not.

What if corporate leaders asked what their people cared about and then actually followed through on their plans to implement those changes? (Tweet this)

A transformational leader cultivates relationships through thought-provoking ideas and conversations. They do basic yet revolutionary things like looking people in the eye and talking directly to them.

Find out what your employees’ concerns are and address them directly. Don’t hide behind fancy software or anonymous online HR surveys.

Great leaders don’t have all the answers, but they do have a lot of passion and conviction. I believe you can be stimulating, exciting, and calm all at the same time and still create explosive results.