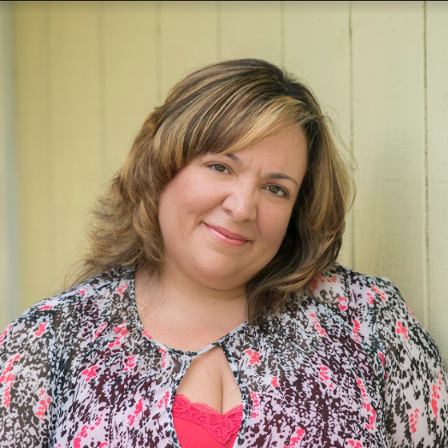 Ms. Gonzalez is proudly celebrating her 25th year in the Accounting Profession as Founder and Executive Director of two successful accounting firms in Southeast Virginia since 2012.

A native of Newport News, Virginia, she graduated from Bethel High School in nearby Hampton in 1991 and went on to complete her Bachelors Degree in Accounting from the University of Phoenix in 2005.

Nany earned her first executive role in 2000 when she took the helm of both Corporate Accounting and Human Resources Divisions for a $32 million manufacturing company and nationwide distributor of drug testing kits. Over the following nine years with Instant Technologies, Inc., she engineered several operations improvement campaigns and navigated through sustained growth to ultimately position the company for a highly profitable buyout. Nany also handled accounting for two affiliate companies, Ramsey, LLC and Instant Systems, Inc., favorably positioning her with the founder of Instant Technologies for future employment prospects.

After profitable sell-off of Instant Technologies and fulfilling a 2-year stayover to ensure the success of the transition process, Nany was offered a position by Instant Tech’s previous owner to join the start-up team as Business Director and Start-up Consultant for his newly forming medical supply business (2009). As such, she successfully designed and established the new company’s accounting, human resources and employee benefits programs from the ground up, while serving the following three years as consultant to the executive team during a major expansion period.

Having achieved success in the commercial accounting profession, Ms. Gonzalez turned her attention to fulfilling a lifelong passion to contribute to the underprivileged in our community. She served as CFO for two non-profits from 2010-2012 (Community Alternatives / Chesapeake Service), ultimately opening the doors on her accounting firms to assist entrepreneurs and small businessmen in achieving and sustaining success.

With an extensive background in critical business functions, Nany provides seasoned experience in business process analytics and the management of accounting, bookkeeping, human resources, payroll, taxation, and inventory systems in a variety of business and professional services settings. She is poised, articulate and persuasive, accustomed to daily interaction with owners, board members, and senior management who rely on her to provide strategic consultative input in the engineering of their business operations.

On the personal side, Mrs. Mildred A. Gonzalez is of Puerto Rican heritage, blessed to have come to know her culture and language by spending time at the island twice a year throughout her youth. Nany is married to Omar R Gonzalez Sanjur and they currently reside in Hampton. From the point of their first meeting, Omar has helped Nany sharpen her Puerto Rican Spanish dialect and together they are the patrons of a blended family of 5 children and 4 grandchildren. They are also active members of Peninsula Spanish SDA Church, where Nany serves as Treasurer on its Board of Directors.  She also serves on the board of the Peninsula Woman's Network (ca 1979), Our House of Hope and as an advisor for Co-Work Gloucester.

Nany is fluent in English and Spanish, and a noted public speaker and presenter.